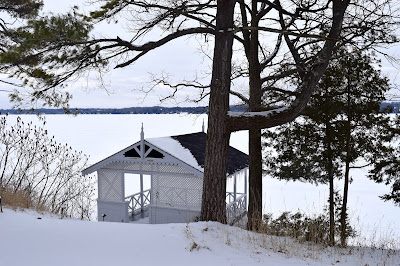 The depths of February may make us yearn for summer.  So let’s celebrate Heritage Week with an escape from the day-to-day — and the serious policy talk — to an historic summer resort in winter, its beauty tinged with the wistfulness of the snowy off season. 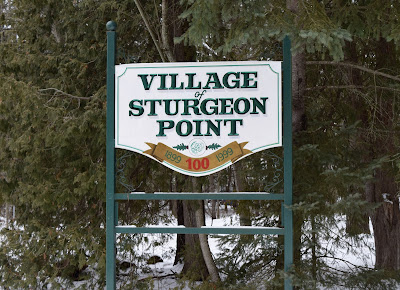 Sturgeon Point is a little known, perfectly wonderful spot — one of my favourites. 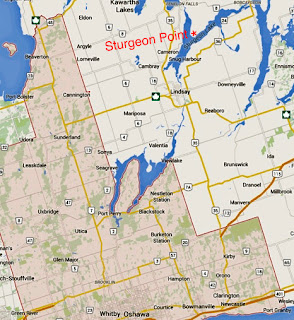 Situated at the elbow of the Y-shaped Sturgeon Lake in the heart of Ontario’s Kawartha Lakes, Sturgeon Point is an old resort community that became popular with Canadians and Americans alike in the last quarter of the nineteenth century.  It was incorporated as a village in 1899 and for years was the smallest Ontario municipality with its own council. After a century it was swallowed by the amalgamated City of the Kawartha Lakes in 2000.  [Note 1]

Let’s see — how shall we get there?  Today by car from the north, but in the Point's heyday we’d have come by steamship from the south.  And taking the Lintonia or Esturion from Lindsay was often just the last leg of a longer journey, involving a train to Lindsay from Toronto or Port Hope and maybe, before that, a longer steamship ride across Lake Ontario from Rochester.


We’d have landed at the Upper Wharf...


where today we find a charming structure, the Rain Shelter, looking like a diminutive railway station... 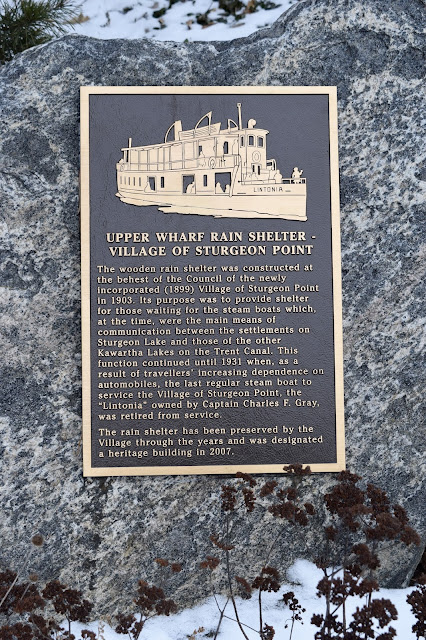 and made our way on foot or by carriage to our (lucky) friends' summer homes in the village.  Sited among towering pines, oaks and maples, these came in all sizes, but the ones on Lake Avenue along the lakefront tended toward the big!

On the water side of Lake Avenue are splendid lake views... 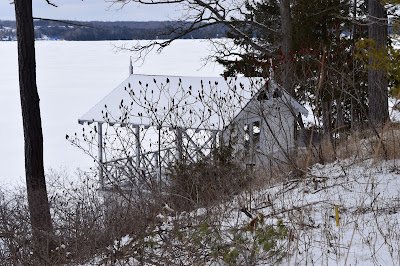 and steep stairways down the bluff to the water's edge... 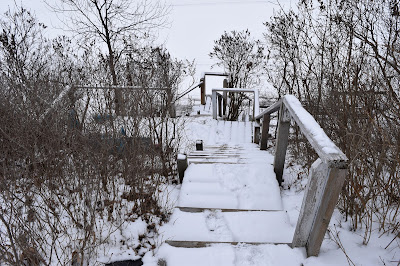 not to mention some great old boathouses.


The smaller lots on the streets running back from Lake Avenue have humbler cottages, including this little gem. 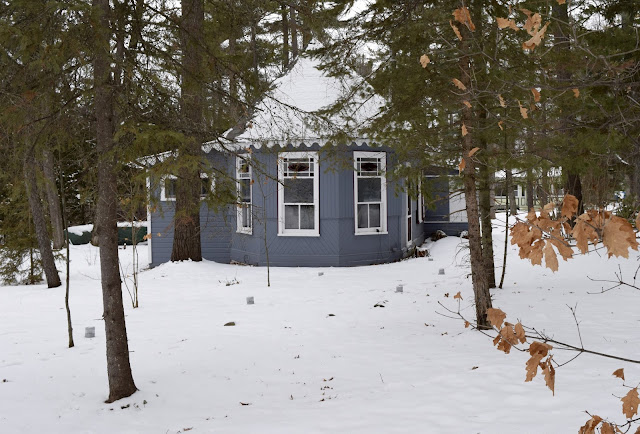 On my walk around the village I'd have liked a companion knowledgeable about Ontario resort architecture (like my friend Liz Lundell, author of Old Muskoka: Century Cottages and Summer Estates). I'd have asked about similarities in these three cottages. 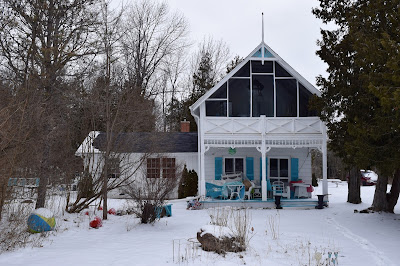 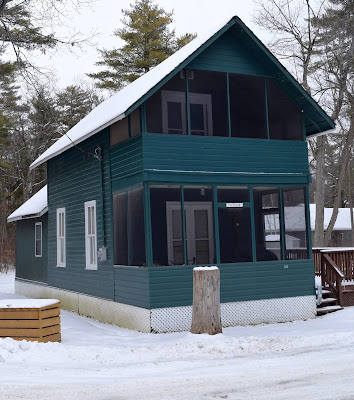 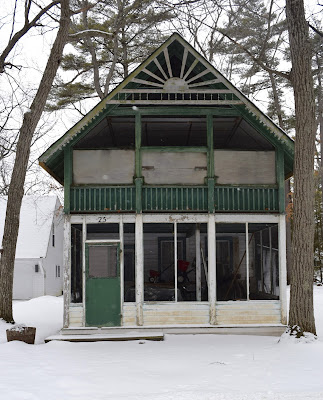 The soul of the village, no pun intended, is the marvellous octagonal church. To replace an early building destroyed by fire, one of the more prominent Sturgeon Pointers — no less than Lady Clara Flavelle — donated the church to the village in 1915. 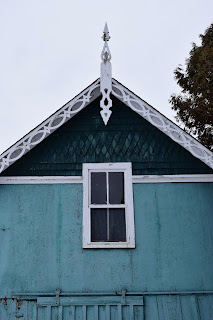 Heritage Week marks the first anniversary of OHA+M.  Thirty posts and counting!  Thanks for your support.


Note 1: Sturgeon Point did something interesting at the time of amalgamation.

But prior to amalgamation the Village council decided that certain Village lands that were unessential for amalgamation (beach, playground, upper wharf, leaf dump, etc.) should be transferred to a trust to be held for the benefit of the Sturgeon Point community rather than merge into CKL. In anticipation of this move, the Sturgeon Point Association (SPA) was created in December 2000. The SPA promotes the interests of the permanent and seasonal residents of the former Village of Sturgeon Point within CKL. It also administers and operates the trust-owned lands.

According to its articles of incorporation one of the Association’s primary functions is “to ensure that the historical character of Sturgeon Point, as defined by its original municipal boundaries, is maintained and enhanced to preserve the unique ambience and atmosphere that gives Sturgeon Point its special appeal.”
Posted by Dan Schneider at 1:40 PM