To recap from last time: the owner of Rondeau Provincial Park, the Ministry of Natural Resources and Forestry, appealed the designation of part of the park to the Ontario Municipal Board.  The basis for the appeal was that the Municipality of Chatham-Kent had exceeded its jurisdiction in designating the historic cottage community in the park as a heritage conservation district under Part V of the Ontario Heritage Act. (Note 1) 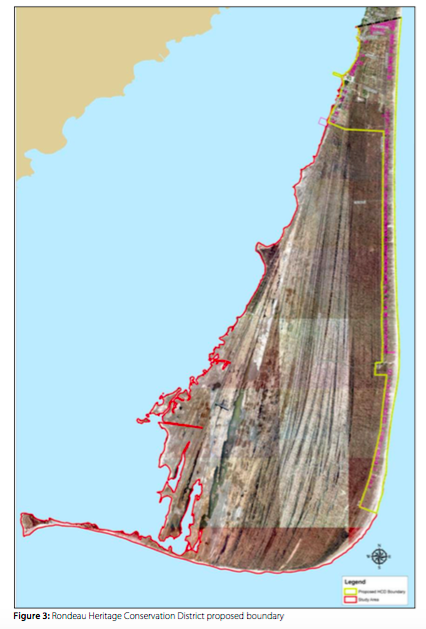 C-K defended its designation and was supported by the Rondeau Cottagers Association (RCA).

The OMB issued its 12 page decision on July 14, 2016.  It allowed the appeals and ordered the district designation by-law repealed. (Note 2)

In accepting that C-K did not have the authority to designate, Board Vice-Chair Steven Stefanko looked at two statutes: the Provincial Parks and Conservation Reserves Act, 2006 (PPCRA) and the OHA.

Starting with the PPCRA, the Board noted the Act’s purpose:

And who is responsible for provincial parks:

The Minister is responsible for the control and management of provincial parks and conservation reserves… (s. 12 (1))

And apparently who is not:

For municipal purposes, any land set apart as a provincial park or conservation reserve … shall … be deemed to be separated from any municipality of which it formed a part…. (s. 31 (1))


One of the first questions, then, was whether C-K passed the heritage district by-law for a “municipal purpose.”  Noting that the HCD “allows the Municipality to exert some control and management over the cottage community in the Park”, the Board had no trouble concluding that it did.  And that the by-law was also at odds with the minister’s exclusive authority under section 12.

Well, in that case it would seem the only way the HCD could be saved is if somehow the Ontario Heritage Act trumps the PPRCA.  Which is what C-K and the RCA argued.

But the Board found there was no conflict between the two pieces of legislation.

25.2 (1) In this Part,
“property” means real property and includes all buildings and structures thereon.
(2) This Part applies to property,
(a) that is owned by the Crown in right of Ontario or by a prescribed public body;

The policy behind all this — keeping municipal fingers out of provincial pies — was one of avoiding overlap and potential conflict between Ontario’s two main heritage protection regimes: heritage designation by local municipalities under Parts IV and V, which go back to the passage of the OHA in 1975; and mandatory conservation standards and guidelines for provincially owned heritage property, added in a new Part III.1 in 2005.  (Note 3)

So the application, or rather non-application, of Part V to a provincially owned park is clear, n’est-ce pas?

But does it matter that the cottage buildings themselves are owned not by MNRF but by the cottagers?

The OMB determined that this unusual and rather awkward fact did not alter the limitation established by the legislature on the designation of Crown property. (Note 4)

Speaking of the provincial standards and guidelines, the parties supporting the HCD had one more, rather pointed argument, although something of a long shot.  They suggested that, with respect to Rondeau park, a) MNRF was delinquent in complying with the S&Gs, specifically the requirement to identify provincial property of cultural heritage value or interest; and b) the heritage district by-law essentially satisfied that requirement… and therefore should be upheld.

Nice try, but the Board said this was mixing apples and oranges:
“Any delinquency on the part of the MNR (sic) to evaluate and/or identify provincial heritage properties is not a jurisdictional argument with respect to the passing of the By-law….”

In light of its conclusions thus far, the Board didn’t really need to consider MNRF’s other argument that the designation was contrary to C-K’s Official Plan.  The OP says that lands within the park “are not subject to municipal planning documents.”  The Board made the unsurprising finding that “heritage conservation is a planning matter and the Heritage By-law is therefore, in my estimation, a municipal planning document.”

So add non-conformance with the OP to the designation’s defects.

In my view the repeal of the Rondeau Provincial Park Heritage Conservation District was the right decision in this case.  But, while misguided, the HCD was a valiant effort to address the long-simmering issue with the cottages we looked at last time.  And that issue, with its fast approaching “doomsday” of December 2017 — when all 283 cottage leases expire — must still be settled.

By taking designation options off the table the Ontario Municipal Board has made it crystal-clear that the Ministry of Natural Resources and Forests is in the driver’s seat for finding a long-term solution.

It should also be obvious that the way forward involves MNRF recognizing its obligations under the Standards and Guidelines for the Conservation of Provincial Heritage Properties and, to start, assessing (and embracing!) the cultural heritage values of Rondeau.

Equally obvious, given the make-or-break situation of the Rondeau cottagers and their ownership of the cottages, is that the solution must entail MNRF working with the Rondeau Cottagers Association.

Might there be a role for the Ministry of Tourism, Culture and Sport — which among other things monitors compliance with the provincial S&Gs — in brokering this solution?

Time is running out.  Tick tock. 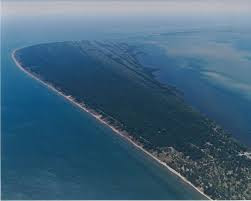 Note 1: In explaining the boundary of the proposed Rondeau heritage conservation district the HCD study states: "The concentration of resources within the proposed Heritage Conservation District includes both natural and built resources, in the form of the Park`s natural setting, beach areas, trails, roads, cottages, Park buildings, and supportive buildings. These features are all linked together at Rondeau Provincial Park and form a concentration of resources that are linked to the early cottaging industry in Ontario." (p. 48)

Note 3:  The detailed S&Gs were approved in 2010. See my earlier posts on this topic, especially: http://danschneiderheritage.blogspot.ca/2015/06/policies-for-conservation-of.html. The intent was that all property of cultural heritage value in the province be subject to either heritage designation or the S&Gs, i.e. no gaps. The divided ownership between land and cottage at Rondeau (and elsewhere) poses a particular challenge however.

Note 4: It is hard to see how the Board could have come to a different conclusion since the definition of property in Part V is “real property and includes all buildings and structures thereon.” MNRF owns the “real property” of Rondeau, if not the privately owned cottages. Looked at another way, there is no way to designate a building or structure without the land on which it stands.

Posted by Dan Schneider at 9:44 AM