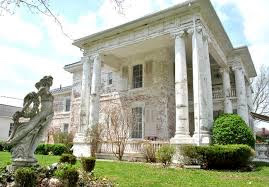 To recap from last time: the Stratford White House is an 1860s Italianate mansion dressed up with a much later oversized portico (with 18 columns!) and boasts a landscaped front and semi-circular drive.  Prominently located on St. David Street, one of the “best” streets in town, the house currently has three residential units and an events facility.  The property is the subject of an intensification/infilling proposal that would keep the house but cram in three new building lots on the back and west side (Areas 'A', 'B' and 'C' on the plan below). 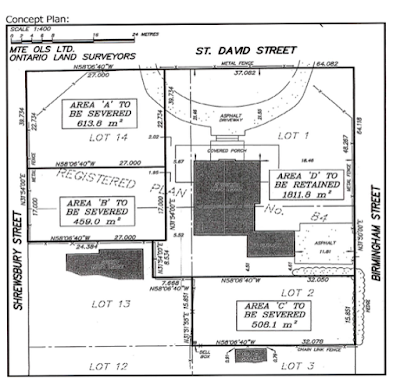 The White House property is neither designated nor officially listed under the Ontario Heritage Act, but it does appear on a limited inventory of heritage properties prepared by the Stratford Local Architectural Conservation Advisory Committee in 1999.  It is also located in a “Heritage Area” comprising much of the city in Stratford’s official plan. [Note 1]

When the Committee of Adjustment refused the applications for the required severances and minor variances, the owner appealed to the Ontario Municipal Board.  The city’s own planner, who had recommended approval of the proposal (without a single mention of heritage!), was summoned to help the owner make its case.  The city declined to take part in the hearing, leaving the neighbourhood group, Friends of the Stratford White House, as the opponents to the appeal.  The hearing took place on May 12, 2016 and — remarkably — the decision came down not quite two weeks later on May 25.

The Board had no problem finding that the White House is a heritage resource, citing the following:

Perhaps most importantly, the Board accepted the opponents’ argument that the property meets the criteria for determining cultural heritage value or interest in Ontario Regulation 9/06 under the OHA.

In terms of the applicable planning policies: probably because the legislative tests for severances and minor variances both include deference to the municipality’s Official Plan, the Board starts, not with the provincial policy context provided by the Provincial Policy Statement, but with the relevant OP policies.  [Note 4]

The Board cites the general heritage conservation policies in the OP, typical of those in municipal OPs in Ontario.  For example, one of the guiding principles for decision-making is: “heritage preservation to protect areas, landmarks and features which provide a physical link to the early development of Stratford and which contribute to its distinct character and sense of place.”  And, under the heading Tourism and Heritage: “Stratford’s built heritage, as evidenced by its remaining fine examples of Victorian architecture and other historic landmarks are [sic] considered critical to fostering tourism activity.”

With respect to infilling, the Board refers to the OP’s direction that projects be evaluated based on the guidelines adopted by the city in a 1991 Residential Intensification Study “to ensure that new development is compatible with and sensitive to existing development in the area.”  And, under the heading Infilling in Heritage Areas: “[W]here infilling is proposed … the inherent heritage qualities of the area or corridor will be retained, restored and ideally enhanced….”

Faced with the ultimate, inevitable argument that the benefits of intensification trump those of heritage, the Board is clear.

It is arguable that the proposal is a form of intensification contemplated by the City OP; however, that intensification, even if permitted, does not in my view, outweigh or override the very clear and compelling language of the City OP relating to heritage preservation and protection. … Neither the Severances nor the Requested Variances retain, restore or enhance the heritage character of the site in my estimation.

The Board concludes that the proposal does not conform with the city’s Official Plan.  And that would be that… except that the decision goes on to briefly consider the application of the Provincial Policy Statement even if this is “technically unnecessary.”

In something of a replay, intensification fares no better against heritage at the provincial policy level:

The Proponent argues that since the proposed lots provide for modest infilling and intensification… consistency with the PPS is established. I am not persuaded.

Section 2.6.1 of the PPS states, very decisively, that “Significant built heritage resources and significant cultural heritage landscapes shall be conserved”. …

In my view, the property, including the existing building and landscape setting constitutes, at the very least, a significant built heritage resource which is to be conserved. The proposal however, has, in my estimation, a somewhat awkward and disproportional lot configuration in an area with a preponderance of stately homes and large landscaped properties. As a result the Subject Parcel’s cultural, historical and heritage character is undermined. In my opinion, consistency with s. 2.6.1 of the PPS is not achieved.

So, yet another case of the Ontario Municipal Board siding with the heritage argument.  Just how many more examples of this do we need to finally persuade those out there (you know who you are) that the OMB is not an ogre when it comes to heritage concerns? 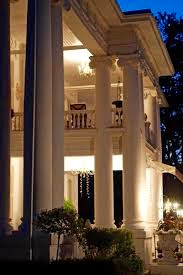 Two other (more esoteric) observations.  First, I think we see from this case yet more evidence that the Provincial Policy Statement’s definition of the term “significant” as applied to cultural heritage has become so broad as to be effectively redundant.  I defy you to coherently explain the difference between, say, a “built heritage resource” and a “significant built heritage resource.”

Second, in intensification versus heritage face-offs (and, granted, it is often not helpful to set them up as such), this and other recent decisions suggest an Achilles’ heel to intensification: the specific usually takes precedence over the general.  Meaning that the particular, site-specific (and irreplaceable) heritage resource should not be sacrificed to the general, less localized push for intensification, which can be satisfied in other ways — and other places. 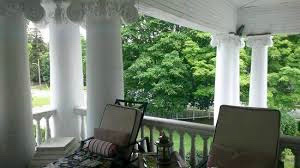 Meanwhile, the fate of the White House is looking brighter.  Just days after the OMB decision was issued, the owner has withdrawn an application for a demolition permit (!) for the building, and apparently is moving ahead with a revised development plan for the property.

Note 1: The Official Plan, from 1993, has since been revised, although the new plan is awaiting provincial approval.  The "Heritage Area" covers almost all of the older part of the city. 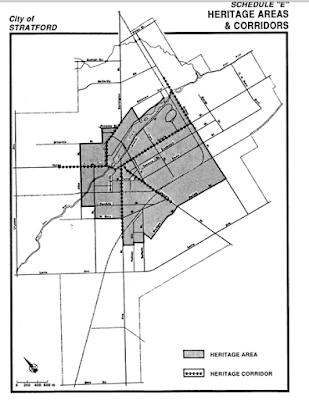 Note 3: This is a little off our topic today, but I have to once again point out that this type of policy — not to designate without the okay of the owner — has been ruled illegal. See OHA+M from Nov. 6, 2015: http://danschneiderheritage.blogspot.ca/2015/11/the-oha-what-courts-have-to-say-part.html

Posted by Dan Schneider at 9:02 AM