From Port Dalhousie last time we go across Lake Ontario to the old village of Bronte in Oakville and another Ontario Municipal Board case about a mammoth lakeshore development with impacts on heritage: Birchgrove Estates Inc. v. Town of Oakville. [Note 1]

This one is a particular favourite… and you’ll see why.  But first, a little build-up.

In late spring 2005 Oakville MPP Kevin Flynn (now Minister of Labour) stood in front of an embattled historic building on the Bronte waterfront to announce the strengthening of the Ontario Heritage Act.  This was part of the communications roll-out of the passage of Bill 60, which became law in April of that year.  The pivotal change to the Act was giving municipalities the power to say no to the demolition or removal of designated heritage structures, subject to the owner’s right of appeal to the OMB.

The building Mr. Flynn used as a backdrop was Glendella, an old hotel from about 1845, which had served as a stagecoach stop on the old lakeshore road between Toronto and the head of the lake.  A Bronte landmark, the two-and-a-half storey frame building had been designated in 1987.

Glendella was part of a large site that had been assembled by a developer, Birchgrove Estates, for a huge mixed commercial and residential project, including two (six and 12 storey) condo buildings.  The proposal called for relocating Glendella and another designated building, known as the Art Gallery, within the site, where they would be restored and reused.

The Town of Oakville was not enthralled with the proposal and in 2006 turned down the planning approvals required (OP amendment, zoning change, site plan approval).  It also used its new powers under the OHA to refuse consent for the moving of the two heritage buildings.  The developer appealed all five decisions to the OMB.

In a rather unorthodox approach the Board broke the case into two and heard the “heritage appeals” first and the “planning appeals” later.  This had the virtue of a separate hearing — and resulting decision — concentrating on the core heritage issue: should these buildings be moved or stay where they were?

The 18 page decision, by OMB member Susan de Avellar Schiller, makes an excellent read.  In addition to the then-new 2005 Ontario Heritage Act, the Board looks to the then-new 2005 Provincial Policy Statement and identifies the main provincial planning interests in play — intensification and cultural heritage conservation.  It examines the tension between these policies and the need for a “balancing effort.” [Note 2]

The Board also considers other seminal international, national and provincial documents that should help guide decision makers — the Appleton and Burra heritage charters, the Standards and Guidelines for the Conservation of Historic Places in Canada, and the culture ministry’s Heritage Tool Kit guide Heritage Resources in the Land Use Planning Process. [Note 3]

The Board ultimately concludes Glendella and the Art Gallery can be moved.  (The Art Gallery has been moved before.  Glendella is harder, but its historic milieu already is greatly altered, and it would be moved just around the corner from where it stands.)  Whether this decision is “right” or not, it stands out for its lucid analysis of the legislative and policy context in which many conservation battles get fought and its considered application of policy principles to the core issue.

In the end… Glendella stayed put.  It was renovated and restored and is now a residence. [Note 4]

But wait, there’s more.  At the outset of the OMB hearing an interesting procedural matter had to be dealt with…

The Town sought to have a member of the Conservation Review Board join the OMB panel hearing the case.  The power to appoint CRB members to OMB panels hearing appeals under the OHA was an innovation added to the Act with the other 2005 changes.  The idea was that the OMB, which was being given a greater role in the Act’s regulatory regimes, might benefit from the contribution of a CRB member with heritage experience and expertise.  And — since the OMB was viewed with suspicion by many — help lend credibility to the process and decisions.  The new power to appoint was discretionary — that is, up to the OMB, but the CRB would of course have input.

Great idea, no?  The problem was that the implementation had not been thought through.  At that time — mid 2000s — the two tribunals had very different resources and cultures.  The big difference was that the CRB was small and had only part-time members, most of whom had other “day jobs” and were used to hearings lasting a day or two; while the OMB had a large roster of full-time and part-time members who often presided at hearings that went on for weeks if not months.

And so when the Town of Oakville, wanting as sympathetic hearing as possible in its face-off with a big developer, asked to have a CRB member added to the panel, word came back that unfortunately no one was or could be available for a hearing scheduled to last a couple weeks.

Now to the personal angle of the story.  I was in the room at the beginning of the hearing, when the Town’s motion to adjourn the hearing until a CRB member could be added to the panel was dealt with.  (As this was the first demolition/removal appeal reaching the OMB since the Act had been beefed up, the culture ministry had a special interest in the result; I wanted to witness things first-hand, at least the high points).  I knew all about the awkward cross-appointment issue — at that time the CRB was a ministry agency and the ministry provided its staff, including me.  But I assumed the communication had been clear.

Well, my presence had been noticed by the Town’s counsel and… before I knew it Ms. Schiller was asking/summoning me to come forward and speak to the issue!  Never that comfortable in the spotlight, I considered for a moment heading for the exit, thinking “she can’t make me do this, can she?”  But it did seem they needed help sorting it out, and so I made my first (and so far only) appearance before the OMB.  It was mercifully brief.  The Town’s motion to adjourn was denied and the hearing continued.

A final footnote: Ms. Schiller is the former Susan Fish, who was the last culture minister in the Bill Davis government — and the third during my years at the ministry.  I spoke to her after the hearing that day, thinking she should know why I was really there.

Cheers, and thanks for reading! 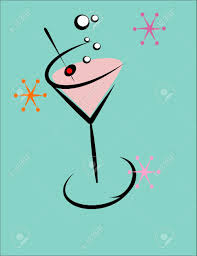 Note 3: With the 2010 Provincial Policy Statement now in effect, this guide is hopefully getting an update.

Note 4: The Town had applied for leave to appeal the Board’s decision discussed here.  The Town and Birchgrove then reached agreement the appeal would be abandoned and the development proposal would be revised.  The new proposal left Glendella in situ.