The OHA: What the courts have to say (part five) ... or, the heritage "roadmap"

Today’s case, another from the OMB, is from 2010.  In ADMS Kelvingrove Investment Corporation v. City of Toronto we see an important evolution in the Board’s understanding and enunciation of its role when confronted on appeal with the all too common face-off between heritage and development/intensification. [Note 1]

The case involved three designated low-rise garden apartment complexes on Bayview Avenue in Leaside, Toronto.  The developer sought to demolish the buildings and replace them with a block-long eight-storey apartment building and 54 townhouses.  The city refused the required planning approvals (Official Plan Amendment and rezoning) and heritage approval (consent to demolition) and the developer appealed.

At the Board the developer argued that the planning merits of its project, especially in furthering provincial policy objectives for intensification under both the Provincial Policy Statement and the Growth Plan for the Greater Golden Horseshoe, trumped the “relatively weak” heritage argument for retaining the buildings.  It cited the OMB’s decision in the 2009 Port Dalhousie case we looked at earlier [Note 2] and its stated need for the “balancing” of different provincial policy goals in deciding whether a development proposal with major impacts on heritage should be approved.

In a landmark ruling, OMB member M. C. Denhez attempts to provide a “roadmap” for approaching cases of this kind — where a municipality exercises its OHA powers to refuse the demolition or removal of heritage structures that find themselves “in the way” of a developer’s plans.  While the “roadmap” is not binding on future panels and it is too soon to assess its long-term influence on OMB decisions, the clarity and persuasiveness of the decision means it is likely to have significant staying power.

First of all, the Board takes issue with the word “balance” and the approach it suggests — one that assumes a policy environment of competing, even conflicting directions.

“The word ‘balance’ often appears in Board decisions — usually in weighing public interests against private rights. But does one presume that within the realm of public interests, Provincial instructions are mutually contradictory and similarly need “balancing’?”

We have in Ontario a policy-led planning system and the Provincial Policy Statement “supports a comprehensive, integrated and long-term approach to planning and recognizes linkages among policy areas.” [Note 3].  So, says the Board, there should be no initial presumption that provincial planning directions conflict.

“To assume otherwise, at the very outset, is to presume not only that the PPS fails at being ‘integrated’; it assumes the province is incoherent.” [Note 4]

Rather, the starting point should be to see if those directions — in these cases typically heritage conservation on the one hand and intensification on the other — can be “reconciled.”  Instead of a question of one policy trumping another, or a question of trade-offs where one direction is promoted at the expense of another, the objective should be to attempt to mesh different policies, advancing their goals in concert. 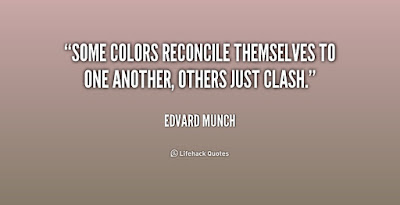 To continue with the “roadmap”... in demolition or removal appeals that come before the OMB, the test is whether the municipal council’s refusal was unreasonable, not what the Board would do if it was deciding the question in the first instance.  The OMB should be especially wary of substituting its own assessment of the heritage importance of the property concerned.  The OHA, after all, provides a special process for this — involving the municipal council, its municipal heritage committee and, on objection, the Conservation Review Board.  The Board essentially concludes that where a property has been designated there is a presumption that the designation is sound and legitimate.  (The presumption is theoretically rebuttable, but the bar would be high!)

Finally — and most significantly — when deciding the future of a designated structure, “there should be no mistake”: conservation is the general rule and demolition the exception.

The OHA does allow for the demolition of a designated building, but the Board here is essentially saying that municipal councils in the first instance, and the OMB on appeal, should approve demolition only in very exceptional circumstances.

What are these circumstances?  Good question.  But based on the “roadmap” provided by this decision it does not seem to be enough to argue that a proposed development would replace the heritage building with something “better.”  The designation has pretty much already settled that retaining the heritage values of the site is better than any alternative.  So in this sense heritage actually has priority!  (Perhaps a case can be made for demolition where heritage values have been greatly compromised, say as a result of fire or long neglect.) 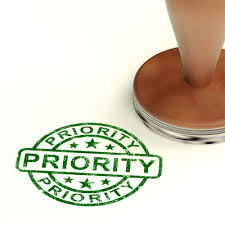 It will come as no surprise that all the appeals in this case were dismissed.

This will be the last OHA+M post for 2015.  Happy Holidays, everyone!