"Cultural heritage" and the fuss with definitions

I feel like this should come with an advisory:

***The following post is intended for mature, if geeky and/or masochistic, audiences.  May contain passages that are pedantic, exasperating, or numbingly dull.  Reader discretion is advised.***

Today we delve into definitions, their fortes and foibles, with the spotlight on “cultural heritage.” 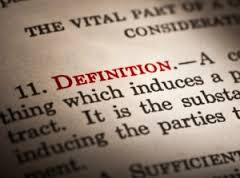 These criteria were designed for the purpose of designation under Part IV of the OHA: to be designated a property must meet the criteria.  But the use and influence of the criteria has become far greater.  Once you have a legislated test for “cultural heritage value or interest” (CHVI) for one purpose (individual designation), it is hard to argue that the same words used elsewhere should not be interpreted the same way.

So even to be listed — included on the municipal register but not designated — a property effectively must meet the criteria. [Note 1]  Similarly with heritage conservation districts under Part V.  The requirement that an HCD have a plan, and that the plan include “a statement explaining the cultural heritage value or interest” of the district, essentially means the HCD must have CHVI as per the criteria. [Note 2]

The CHVI criteria are even operative beyond the mechanisms of the OHA.  They get picked up in the latest (2014) version of the Provincial Policy Statement under the Planning Act.  The cultural heritage policies in the PPS focus on conservation of “significant” resources — built heritage, cultural heritage landscapes, archaeological — and it’s the CHVI terminology and criteria that are invoked in the definition of “significant”:

…(e) in regard to cultural heritage and archaeology, resources that have been determined to have cultural heritage value or interest for the important contribution they make to our understanding of the history of a place, an event, or a people.

Criteria for determining significance for the resources identified in sections (c)-(e) are recommended by the Province, but municipal approaches that achieve or exceed the same objective may also be used. (underlining added)  [Note 3]

All this to show that the criteria in the 2006 regulations now essentially define cultural heritage value or interest for purposes of our heritage protection and land use planning regimes.  Put another way, they define what is heritage (and what is provincially significant heritage) and what is not.  To talk of heritage resources that do not meet the criteria in O. Reg. 9/06 has become a contradiction in terms.

Defining cultural heritage in this way has helped solve a long-time problem.  From its inception in 1975 there was no definition of heritage in the opening section of the OHA.  There is only a minimal definition of “property” at the beginning of each of the major parts of the Act telling you whether property means both real and personal property (Part II), or only real property, and whether real property includes buildings and structures (Parts IV and V) or not (Part VI).

In the original OHA, designation of property under Part IV was based on “architectural or historical value or interest” — period.  Over the years there were constant calls for a better definition of what could be designated, and the culture ministry struggled with how to respond.

Drafts of proposed OHA changes from the 1990s included definitions of real/immovable and personal/movable property (and in one case even intangibles!).  These were definitions of the extensional kind — attempting to list every kind of property that the Act covered; so, for example… buildings, bridges, battlegrounds, cemeteries and other burial sites, gardens, parks, ruins, archaeological sites, landscapes, streetscapes, trees and other natural features (at least those with a cultural component), memorials, engineering works, etc., etc.  And, of course, because of the risk of leaving something out the definitions all began with “including but not limited to.”

As one who was part of it I can tell you frankly it was a maddening exercise — especially as there was no legal need for such a cumbersome laundry list in legislation.  The motivation was really advisory or even advocacy, to try to ensure municipalities knew to protect heritage property in all its forms.

In 2002 there were finally some significant amendments made to the OHA.  One of these introduced the by-then accepted term “cultural heritage” in place of “architectural or historical” in describing the kind of “value or interest” of designated property.  Another change gave Cabinet the power to make regulations “defining ‘archaeological fieldwork’, ‘archaeological site’, ‘artifact’, ‘cultural heritage’ and ‘marine archaeological site’ for the purposes of this Act and the regulations.”

Anything jump out at you there?  Rather than define “cultural heritage” in the Act itself, it seemed a better idea to define it in regulation — where it could be more easily changed as needed.  But this was just a vestige of the old list-it-all thinking.  The best idea was not to define it at all; while the archaeology definitions were soon put in place, a definition of “cultural heritage” was never developed.

The difficulty was the preoccupation with an “extensional”/list kind of definition when what was needed was an “intensional” definition — one that tries to capture the essence of a term.  What is the essence of heritage?  Answer: things from the past that have value to a community.  What kind of value? (Now we’re getting somewhere.) 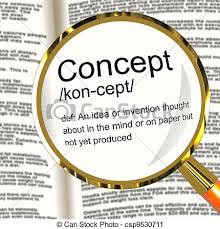 What Ontario finally got, with the 2005 OHA changes and the 2006 regulations, was a legislative description of cultural heritage value or interest.  This amounts to a functional definition — of the intensional kind — of cultural heritage, at least in terms of real/immovable property.

Not that we don’t need good definitions of the other kind.  But extensional/list definitions are usually best put in policy or advisory documents where longer and looser definitions are appropriate.  And where they can be routinely reviewed and updated.


Note 1: Sub-section 27 (1.2) says the municipal heritage register “may include property that has not been designated … but that the council of the municipality believes to be of cultural heritage value or interest…”

Note 2:  Clause 41.1 (5)(b).  Again, in the case of government property: although sites owned by the province cannot be designated under Parts IV and V, they are subject to Part III.1, which provides for the creation of standards and guidelines for the conservation of properties “that have cultural heritage value or interest.”  The Standards & Guidelines for the Conservation of Provincial Heritage Properties approved in 2010 rely completely on the CHVI criteria in the regulations for determining whether a property is “heritage” and its level of significance.

Note 3: PPS definitions section, p. 49.  As the PPS has evolved, there is not now (if there ever was) any coherent difference between, say, "built heritage resources" and "significant built heritage resources." (I just assume the Ministry of Tourism, Culture and Sport is well aware of this, and the Ministry of Municipal Affairs and Housing isn't.)

Note 4: Consider the PPS definition of “cultural heritage landscape”, which combines both intensional and extensional definitions:

Cultural heritage landscape: means a defined geographical area that may have been modified by human activity and is identified as having cultural heritage value or interest by a community, including an Aboriginal community. The area may involve features such as structures, spaces, archaeological sites or natural elements that are valued together for their interrelationship, meaning or association. Examples may include, but are not limited to, heritage conservation districts designated under the Ontario Heritage Act; villages, parks, gardens, battlefields, mainstreets and neighbourhoods, cemeteries, trailways, viewsheds, natural areas and industrial complexes of heritage significance; and areas recognized by federal or international designation authorities (e.g. a National Historic Site or District designation, or a UNESCO World Heritage Site).
Posted by Dan Schneider at 12:15 PM