Among the many changes to the OHA in 2005 was the introduction of significance criteria for designation — that is, criteria on cultural heritage value or interest that would have to be met for a property to be designated by municipal councils or the Minister of Tourism, Culture and Sport.  The criteria themselves did not appear in the Act; instead the Act gave the Lieutenant Governor in Council, aka Cabinet, the power to make regulations prescribing the criteria.  Following consultations with stakeholders in mid-late 2005, the culture ministry drew up the regulations, which were approved by Cabinet in January 2006. 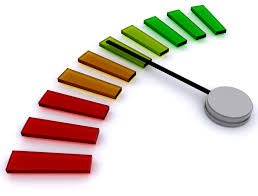 The purpose of the criteria was not to make designations harder.  Rather, there was a need, after three decades of diverse designation experience at the local level, to bring a more consistent approach to the designation of heritage property.  With new powers to prohibit demolition the consequences of designation were drastically different, so there was also more at stake.  Designations had to be well-supported, statements of cultural heritage value clear and thorough and descriptions of heritage attributes exhaustive. The goal was strong and defensible designation by-laws.

What about stakeholders?  The development industry in particular was concerned that tougher demolition controls would not be applied to protect buildings with flimsy heritage credentials.  Legislated criteria for designation provided some reassurance.  Municipalities for their part were not averse to provincial direction on eligibility for designation and how to capture heritage values.  For many municipalities the new criteria represented a codification of criteria they were already using.

In fact the introduction of designation criteria can be seen as part of a broader move to standardize and codify processes for the identification and preservation of cultural heritage.  What had been developed and fine-tuned over time as best practices used by heritage professionals now gained in stature and official recognition as governments adopted or enacted this professional praxis.  The Standards for the Conservation of Historic Places in Canada and Ontario’s Standards & Guidelines for Provincial Heritage Properties are other examples of this.

The best thing about the 9/06 criteria, I think, is that they have encouraged Ontario communities to better understand, recognize and protect designated property.  Evaluation of a property using the criteria essentially compels a comprehensive consideration of a wide range of potential heritage values.  Where previously it might have been enough for a LACAC or municipal heritage committee to find that a building, say, was a great example of Gothic Revival — and to stop there — they now have to go through a more rigorous analysis, canvassing no less than nine criteria!  [Note 2]

The introduction of the regulations has had another important result.  The Conservation Review Board now also has clearer guidance in carrying out its mandate as provincial overseer of the designation process.  Before 2006: in the face of an objection to a proposed designation the Board, as today, was charged with holding a hearing and making recommendations “as to whether or not the property should be designated” — but with no legislative direction on what to consider in performing its review of the proposed designation. 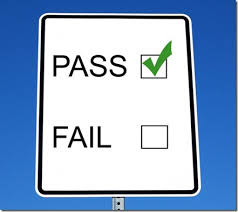 Providing a kind of “test” for designations has meant that the CRB has had to interpret and apply the criteria in the cases before it to determine if the statutory test has been met or not.  My observation is that the Board has been undertaking this scrutiny quite scrupulously — and is more likely than previously to recommend against designations (on the basis that the criteria have not been met).

Which leads me to contemplate a fascinating possible scenario (okay, maybe only for policy nerds).  Town X decides to designate a building.  The owner objects.  The CRB hears the case and produces its report concluding the 9/06 criteria are not met and therefore recommending against designation.  Town X considers the report and then designates the property anyway (recall that the OHA allows this and says that the council’s decision is “final”).  The unhappy owner then takes Town X to court, asking that the designation be struck down.  The owner submits that Town X exceeded its powers by designating the property without satisfying the OHA’s precondition to a valid designation, namely meeting the 9/06 criteria.

What happens?  The owner will surely argue that the CRB is the “expert” on whether the criteria are met or not and its findings should be treated as definitive.  Town X will have to argue that somehow the Board got it wrong.  The court will be invited to second-guess the CRB — effectively a kind of judicial review of the Board’s findings.  Unless there is something really egregious about those findings or the Board’s process the court will be hard-pressed not to conclude (a) the OHA test has not been met and thus (b) Town X’s designation is invalid.

Can’t wait for a real case like this to come along, if it ever does.  If it does play out as I think it would, the net result would be to make the CRB’s “recommendations” on designation much stronger and more like final decisions.

Meanwhile… after a decade the 9/06 criteria seem to be holding up quite well.  This despite occasional grumbling that they are “too loose” or “too general.”  To which I say, “comes with the territory.”  Not that there mightn’t be room for improvement.  A review of the criteria should be done at some point if only to bring them into line with current best professional practice.

I’ve written about the 10/06 criteria before [Note 3].  Interesting that, while they were designed for one purpose — as the eligibility test for provincial designation (currently not in use) — the 10/06 criteria, along with the 9/06 ones, are widely employed in Ontario for another purpose — the evaluation of provincially owned property as part of the implementation of the Standards & Guidelines for Provincial Heritage Properties.

Note 2:  The three criteria in O. Reg. 9/06 — design or physical value, historic or associative value and contextual value — each have three sub-criteria.