What if cultural heritage resources were automatically protected?  No painstaking selection, no long designation process, no council decisions and political shenanigans, no drawn-out, unpredictable reviews or appeals.  The law just decrees that all heritage resources are protected, end of story.

Sure, but one that may not be as far-fetched as we think.

For starters, in Ontario we already have a form of automatic protection for one kind of cultural heritage: archaeological resources.  Archaeological sites are not designated in the usual, discriminating fashion.  [Note 1]  They aren’t singled out according to significance criteria, and their protected status is not conferred (or taken away) through an official decision-making process.

…no person shall do any of the following unless the person applies to the Minister and is issued a licence under this Part that allows the person to carry out the activity in question:
1. Carry out archaeological fieldwork.
2. Knowing that a site is a marine or other archaeological site, within the meaning of the regulations, alter the site or remove an artifact or any other physical evidence of past human use or activity from the site. (bolding added)

So if you know a site is an archaeological site — defined broadly in the regulations as “any property that contains an artifact or any other physical evidence of past human use or activity that is of cultural heritage value or interest” — you can’t destroy or change the site or remove artifacts from it without a provincial licence authorizing you to do these things.

Again, compare this kind of immediate protection to a designation approach — where the controls kick in only after a sometimes long deliberation involving municipal heritage committees, staff and council and the giving of notice of intention to designate to the property owner and the public.

Why the different approach for archaeology? 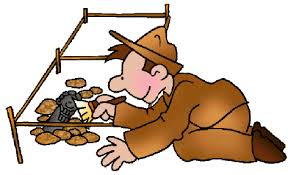 Clearly archaeological sites are in the ground, or under water, and are usually obscured or hidden in a way that built heritage resources and heritage landscapes are not.  Most people don’t know they’re there until they stumble upon them (and maybe not even then).  The importance of the site requires expert assessment.  And it is possible sites may contain human remains.  Although, in advance of certain development activity, we require that lands be investigated for the presence of archaeological resources and for potential impacts on them, this by no means covers all situations where sites might be impacted or disturbed.

So you need laws to protect archaeological resources from the point of discovery, and to encourage that discovery sooner, not later.

This great loophole got fixed as part of the amendments to the Act in 2002.  The changes separated out “doing archaeology” without a licence — bad — and altering a site or taking artifacts without a licence — also bad.  How bad?  An offence punishable, thanks to a 2005 amendment, by a maximum fine of one million dollars! [Note 3] Not to mention a jail term of up to one year. 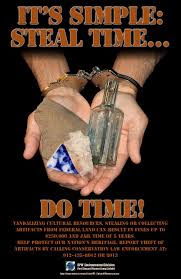 To prevent the new automatic protection net from being cast too wide or in too draconian a way — catching the wrong people, or people doing blameless things — the legislation specified that the offender had to have knowledge they were dealing with an archaeological site.  Also, no licence would be required, and so no offence committed, if a person was undertaking normal agricultural work or the routine maintenance of property.  (Or carrying out other activities prescribed by regulation, or on sites prescribed by regulation — although so far there have been no regulations on either of these.) [Note 5]

The final exclusion is an obvious one: where, as a result of doing authorized archaeology on a site, it has “no further cultural heritage value or interest” and a report has been filed to that effect, then — since effectively the site would no longer meet the archaeological site definition — no license is required and the site’s automatic protection shield is lifted for the future.

More on automatic protection — for archaeology... and other types of cultural heritage — next time. 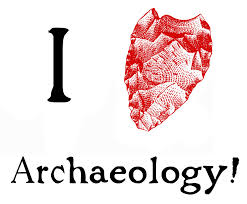 Note 1: It is rare for archaeological sites to be designated, although a few have been; the First Parliament site in Toronto is an example.

Note 2: This also meant that the usual subdivision planning requirement for an archaeological assessment had a tenuous legal footing, since building houses wasn’t “doing archaeology” either.

Note 3: See subsection 69(3). This is the same fine as for illegal demolition of a designated building.