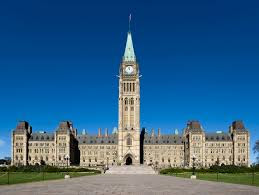 In a surprise move legislation has been introduced in Parliament that would provide income tax incentives for restoring heritage buildings in Canada.

Peter Van Loan, MP for the Ontario riding of York-Simcoe and Conservative Critic for Canadian Heritage and National Historic Sites, introduced a private member’s bill in the House of Commons on December 1st.

Bill C-323 would amend the Income Tax Act to create a 20% tax credit for the costs of rehabilitation of recognized historic places.  It would also provide an accelerated capital cost allowance for capital expenditures incurred in rehabilitation projects. [Note 1]

Passage of Bill C-323 would be a real game-changer for built heritage in this country. To quote the National Trust for Canada: “These two tax measures would transform the economic fundamentals for renewing historic places.” [Note 2]

MP Van Loan, interestingly, has degrees in both law and planning and, before entering politics, was both a planning and development lawyer and a professor of planning.  On introduction of his bill Mr. Van Loan said: “It is designed to help those who invest in our cultural heritage.”  He went on to say:

It is a meaningful measure to strengthen heritage infrastructure. By maintaining historic buildings and undertaking costly heritage renovations, citizens undertake a considerable private burden from which we all benefit through the preservation of our past and the places that have made our country. This bill seeks, in a small way, to provide some support for them for the considerable investment they make on behalf of all of us.
With the 150th anniversary of Confederation nearing, this bill is an opportunity for all members of the House to show their support for preserving Canada's built heritage. These changes will help save our most important historical structures for our children and grandchildren to enjoy for generations to come.

It remains to be seen if the legislation has legs. 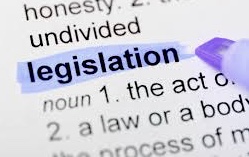 Very few private members’ bills become law.  And the vast majority that do are for minor things like changing the name of the riding represented by the member.  A bill affecting taxes, and therefore government revenues, is another matter.

The rules governing our Parliament say that a private member cannot introduce bills which impose taxes (this power rests solely with the government).  But private members’ bills which reduce taxes or provide or increase a tax exemption are acceptable… if not usually welcome.

A hopeful sign — the government is so far not openly opposing Bill C-323.

In terms of the timeline, after the Christmas break the House resumes sitting at the end of January 2017.  Sources suggest the bill may be called for Second Reading in February or March — which opens up the possibility that the debate and vote on the main principles of the bill that occurs on Second Reading might even take place during Heritage Week!

If (and it’s a big if) the bill clears that hurdle it would then be sent to committee, probably the House Standing Committee on Environment and Sustainable Development, for more detailed consideration and possible amendment.  At this stage there is also the potential for public hearings on the bill.  [Note 3]

Bill C-323 cannot proceed without government support.  The government will be waiting to see what attention the bill garners and the public’s reaction.  If they’re taking it at all seriously, you may be sure the legislation is already undergoing scrutiny every which way.  It’s even possible that the government could seize the initiative and introduce their own bill.

This is not so far-fetched.  The previous Liberal government was piloting something very similar.  In 2003, as part of that government’s pivotal Historic Places Initiative, then Minister of Canadian Heritage Sheila Copps announced a $30 million fund for the restoration and rehabilitation of commercial heritage properties.  Known as the Commercial Heritage Properties Incentive Fund (CHPIF), the program reimbursed 20 per cent of eligible costs to a maximum of $1 million.  CHIPIF ran for three years and assisted some 49 projects across Canada including the Distillery District in Toronto and the Alton Mill in Alton.

At the time it was widely understood that the Chretien government was using a short-term grant program to test the water before committing to a more permanent U.S.-style income tax incentive … just like that in Bill C-323!

All to suggest there is some reason for optimism about the fate of this initiative.  But — and nota bene — public support early in the New Year will be critical.


Hard to believe … but this is OHA+M post number 50!! Who knew there was so much to say about heritage policy?!

And so much interest — thank you! This blog (and blogger) could not have made it this far without your encouragement and support. 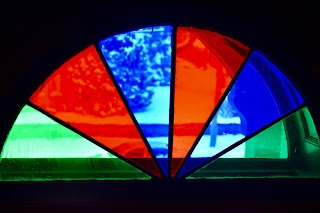 Note 1: The bill is here: http://www.parl.gc.ca/content/hoc/Bills/421/Private/C-323/C-323_1/C-323_1.PDF. Note that the measures in the bill are largely aimed at commercial (income-producing) property, although the 20% tax credit would also apply to owner-occupied residential property. While in Ontario Part IV-designated property clearly would be eligible, it is less clear whether properties designated under Part V would qualify.

Note 3: See: http://www.parl.gc.ca/Committees/en/ENVI. The committee is composed of 10 members: six Liberals, three Conservatives and one New Democrat. One of the ways to kill a bill is to send it to committee but never have it brought back to the House for Third Reading and passage.
Posted by Dan Schneider at 5:10 PM