The OMB under review (again) 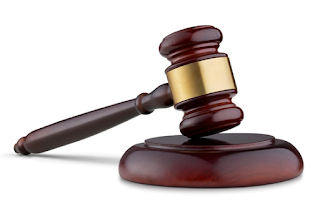 Ontario is in the final stages of the latest public review of the 110 year-old Ontario Municipal Board.

Municipal Affairs Minister Bill Mauro — together with Attorney General Nasir Yaqvi, who is involved because the court-like OMB reports through the AG’s office — released a consultation document on OMB reform in October. [Note 1]

The consultation document sets out a number of changes the government is considering based on what it's heard during previous consultations on the future of the OMB and since the current review was launched back in June. These views include:

The document asks 24 questions about the proposed changes and calls for feedback by December 19, 2016.

One change that is not being considered is abolishing the Board altogether. “The Ontario government sees a continuing need for the OMB in Ontario’s land use planning system”, says the discussion paper. [Note 2]  Rather, the focus is on changes to the Board’s scope (what it deals with) and effectiveness (how it operates) within that system.

The most interesting discussion has to do with scope.  Scope in terms of which matters end up coming before the Board, and which don’t, as well as the nature of the Board’s review of those matters — whether the Board continues to deal with these matters de novo (by considering the same issue that was before the initial decider fresh); or whether its authority is restricted in some way, giving the municipality’s or province’s decision more weight.

What could this mean for the conservation of cultural heritage in the province?

Hard to say, but probably not much.

As context, let’s review the ways the Ontario Municipal Board gets involved with cultural heritage resources.

While it also has a role in a number of non-planning matters, the Board’s primary function is that of an appeal body on land use planning issues, and most disputes that come before the Board are appeals under the Planning Act.  The Planning Act provides for appeals to the OMB from decisions on the use of a wide range of planning tools, any of which may have a heritage component or impact.  These include (with approximate figures for the five with the greatest number of OMB files in 2014/15):


In hearing an appeal of a municipal or provincial decision on these types of planning matters, the Board’s job first and foremost is to ensure that the decision is “consistent with” the provincial planning policies in the Provincial Policy Statement.  These policies include the five Cultural Heritage Policies in section 2.6 of the PPS, among them the oft-cited policy 2.6.1: “Significant built heritage resources and significant cultural heritage landscapes shall be conserved.”  The Board also looks for compliance with the Official Plan (approved by the province or an upper-tier municipality) and any other applicable plans, such as the Growth Plan for the Greater Golden Horseshoe or the Niagara Escarpment Plan.

The OMB also hears appeals from decisions on the exercise of some (although not all) heritage mechanisms under the Ontario Heritage Act:

A major thrust of the provincial discussion paper is reminding the reader what the province has already done to address the concerns with the OMB cited above. It’s almost as if the province is saying, we’ve made many, many changes previously but for those who think there’s still a problem we’re prepared to consider some further things… what do you think of these ideas?

To my mind, the ideas for the most part amount to little more than tinkering.

A prime example has to with the “scope” issues.  The changes the province is floating include:

No bold moves here — like, say, removing appeals to the OMB on minor variances or consents, major items contributing to the OMB’s heavy workload (not that this would be a good idea necessarily, but it’s not even considered). [Note 4]

Now consider the discussion of the question of de novo hearings and giving more weight to municipal decisions.

As the paper points out, since 2007 the OMB has been required to "have regard to” the earlier decision that is being appealed. (This has always struck me as somewhat disingenuous: how could an appeal body not pay attention to the decision it was asked to overrule?)

Now the government is looking at a further “possible change” to move the Board away from de novo hearings.  “If this were to occur, it would mean the OMB would focus on the validity of the decision under appeal instead of seeking the ‘best’ decision.”  How might this be achieved?  The documents suggests two ways:

Oh dear.  These strike me as ways of just doubling down on the current “have regard to” requirement.  With the first… well, more time will be spent on arguments over whether the decision under appeal is “reasonable” — and therefore not within the Board’s power to overturn — than on the planning issue itself.

The second is no better.  In a policy-led planning system, which is supposedly what we have, what kind of restriction is it to tell the OMB it can overturn a decision “only” if the decision doesn’t follow provincial or local policies.  Seriously, who goes before the Board and argues, “I know this decision complies with the OP and the PPS, but it’s bad so please overturn it”?

I suspect the government knows this and is just trying to appear to be open to change.  Unlike in other areas, it is careful not to say that it is proposing these reforms, just that here are some ideas “if” there is to be a shift away from de novo hearings.

I for one hope there isn’t.

Note 2: Page 3. The main reason seems to be that the existence of the OMB minimizes impacts on the courts. Also note that municipalities have had the power since 2007 to establish their own appeal bodies to deal with consent and/or minor variance appeals. Doubtless because of the expense involved, none have so far done so, although Toronto apparently has the process underway.

Note 3: Source for numbers: “Planning Act Files Received by the OMB by Application Type” on page 11 of the discussion document. The total number of OMB Planning Act files for 2014/15 was 1,535.

Note 4: See Note 2 re the scope of municipal appeal bodies.