Suffers — or in the case of Bill C-323, An Act to amend the Income Tax Act (rehabilitation of historic property) — dies. 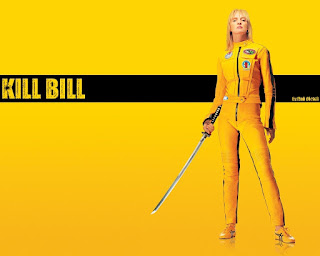 Last week the House of Commons Standing Committee on Environment and Sustainable Development (ENVI) effectively pulled the plug on Bill C-323.  It happened just as the committee was about to start clause-by-clause consideration of the bill (the usual last step before reporting a bill back to the House).  John Aldag, Liberal MP for the B.C. riding of Cloverdale — Langley City, made a motion that the committee recommend that the House not proceed further with the bill.  The motion passed (the Liberal members voting for it, the opposition members against) — and that was that. [1]

The full House will have the final say, and apparently can debate the matter for an hour, but there can be no doubt of the result.

Bill C-323 — a private member’s bill proposed by Peter Van Loan, an opposition member, and one that would have had an impact on tax revenues — was always going to be a long shot.  It’s remarkable that it made it this far. [2]

It’s clear the Liberals on the ENVI committee (all of whom had voted for the bill at Second Reading, except for one who didn’t vote) had mixed feelings about the demise of the bill.  The motion/report begins: “The Committee is supportive of the principle of Bill C-323 and believes that financial incentives, including tax credits, which encourage investment in the rehabilitation of historic properties and heritage places is necessary; however ….”

There then follows a list of concerns with the bill.  Most of the concerns the government had expressed earlier during the Second Reading debate.  Chief among these are:


A new concern was also raised: The lack of consultation and collaboration on the measures in the bill with provinces and territories, as well as municipal and Indigenous governments.

This point is a good one, especially as, in our harmonized income tax regime, the provinces and territories would end up incurring a (small) part of the cost of any tax credit claimed.

On the bigger issue of the impact on revenue: In introducing his motion to kill the bill, Mr. Aldag had mentioned a nagging question — whether claims that the tax credits might actually make more money for the treasury than they cost were justified.  The ENVI committee had heard evidence from both the National Trust for Canada and the National Trust for Historic Preservation that the U.S. historic tax credit, the model for Bill C-323, returned $1.20 to $1.25 of tax revenue resulting from commercial rehabilitation projects for every $1.00 paid out.  But it also heard some skepticism about this.  The Department of Finance folks questioned whether the “incremental benefit” of the credit to revenues might be less, in that some of the projects that made use of the credit might have been built anyway, and would therefore have generated tax revenue without the tax credit.

As I see it, while this question might be interesting for further study, it is largely beside the point.  Some projects for rehabilitation of historic buildings might go ahead without the tax incentive, but they might not be as large or comprehensive as they would have been with access to the incentive.  And without the accountability measures that go along with historic tax credits projects almost certainly wouldn’t be as respectful of heritage features.

Even if a heritage tax credit returns only half of what it costs, that is still a lot more than most tax credits!

And then there’s the considerable spin-off effects of rehabilitation projects in their neighbourhoods and communities.  The Finance folks didn’t look at that.  As Conservative members of the committee later complained:  “… [T]heir analyses neglected to analyze the economic spinoffs such measures would have on the Canadian economy and the additional tax revenues such economic activity would generate.” 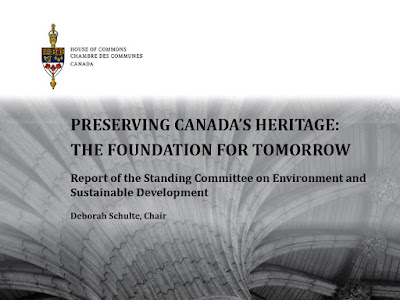 Now for the good news!

You may recall that the ENVI committee examined Bill C-323 as part of a bigger study of the federal role in heritage.  The committee’s report, “PRESERVING CANADA’S HERITAGE: THE FOUNDATION FOR TOMORROW” was released a few days ago, on December 4th.  Please, please have a look! [3]

The report has 17 terrific recommendations, including:

And then there is:

But this one, like all the other good things in the report, is just a recommendation — not yet a real bill or policy or funding commitment.

The Minister of Environment and Climate Change, Catherine McKenna, has 120 days to respond to the ENVI committee’s report.  So until about April 1, 2018.

She could just come back with: “Very nice, thanks so much.”

The Minister needs to know that people all across the country want to hear a clear and earnest commitment to act on the report.  Heritage groups Canada-wide need to speak up with one voice.

The National Trust for Canada is orchestrating just that. [5]

Note 1: The ENVI committee’s brief report on the bill is here.

Note 2: OHA+M has devoted a lot of ink to Bill C-323 and its progress. See “Finally, a federal tax incentive for heritage?” and several later posts.

Note 3: The ENVI report is here.

Note 4: One can’t help sympathizing with the sentiments of the Conservative Party (in its dissenting opinion on the report, on page 65):

The Conservative Members of the Committee … question how the Liberal Members can simultaneously recommend the establishment of a federal tax credit for the restoration and preservation of buildings listed on the Canadian Register of Historic Places in Recommendation 11 and reject Bill C-323 which accomplishes exactly that objective. This is particularly surprising in light of the fact that a number of Liberal Members have publicly spoken out in favour of exactly such a tax credit program. We are disappointed that the Liberal Members of the Committee appear to have been instructed by the Office of the Minister of Environment and Climate Change to vote against this critical tool for protecting Canada’s historic sites.