Since everyone else is doing it — ruminating on the old year left behind and prognosticating on the one just launched — I suppose I should too.

For 2017, here are my top three heritage highlights.

Steve Otto’s appointment to the Order of Canada

Just as the year ended, long-time heritage stalwart Steve Otto received the county’s highest accolade.  The citation for his appointment as a Member of the Order of Canada reads: “For his sustained advocacy in support of heritage conservation and for his contributions to preserving and promoting Ontario’s buildings and architecture.” 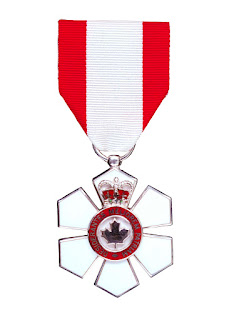 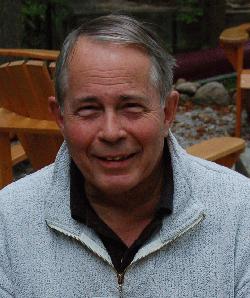 For those who don’t know Steve, there is more on his background and accomplishments on the Architectural Conservancy Ontario website here.

I first got to know Steve when I joined the then-Ministry of Culture and Recreation in 1980.  Steve was the first executive director of the Heritage Conservation Division. (Imagine a whole division devoted to heritage — how times have changed; but then the the work of the division encompassed Ontario Heritage Foundation (now OHT) programs as well as ministry heritage programs.)  Until his departure in 1981 or so to work on an Ontario bicentennial project, Steve was the boss of Larry Ryan, the manager of the Heritage Trust unit, who was my boss.

Steve was/is famously meticulous and I can still conjure up his trademark little notes to staff, well-crafted in black ink, suggesting follow-up on this or that.   He may have found his true calling later doing historical research — Anthony Adamson once called him a “ferret” for his ability in this respect — and as a writer and advocate.

I remember Steve as a strong promoter of the fledgling OHF heritage easements program (my bailiwick).  I fondly recall his counselling me not to say that we “took” easements on properties.  One “took” snuff, said Steve; one acquired easements.

The little bill that (almost) could

It’s been quite a ride — much of it documented in these pages — for Peter Van Loan’s private member’s bill to introduce incentives for heritage conservation into our tax system.

Mr. Van Loan, the Conservative Critic for Canadian Heritage and National Historic Sites, launched the bill in December 2016.  Having survived a Second Reading vote last March, it got taken up by the House of Commons Standing Committee on Environment and Sustainable Development (ENVI) in the fall.  But it died when the committee decided at the end of November not to proceed with it.

Bill C-323 would have amended the Income Tax Act to create a 20% tax credit for the costs of rehabilitation of recognized historic places. It would also have provided an accelerated capital cost allowance for capital expenditures incurred in rehabilitation projects.

As the National Trust for Canada noted, passage of the bill would have been a real game-changer for built heritage in this country. But, while that was not to be, the bill still had quite an impact.

Coming seemingly out of nowhere, the bill prompted much discussion and debate — inside and outside the House — on Canada’s cultural heritage, the federal government’s part in its conservation and the efficacy of heritage tax measures in particular. Generating widespread support from heritage advocates nation-wide, the bill was a major catalyst for a study on all of the above by the ENVI committee, which resulted in its landmark report Preserving Canada’s Heritage: The Foundation For Tomorrow, released in early December. A report which ironically includes a strong recommendation for tax incentives.

Hats off to Peter Van Loan for this important and valiant effort. 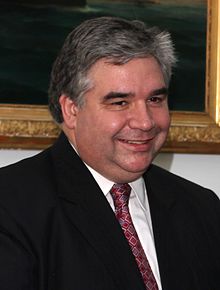 Miracle may be overstating just a bit, but it came as a wonderful surprise when the developers of the historic Gore Park buildings in downtown Hamilton decided in November to … save them all.  (All the façades, that is.)  This after Hamilton city council voted last January to approve their application for complete demolition of two of the four designated structures.


Assuming follow-through, we have a happy ending to one of the province’s highest-profile and highest-stakes heritage controversies, a five-year saga going back to 2012.

According to news reports, the developers credit their change of heart to a “third party consultant” who showed them a way to preserve the façades of the doomed buildings that hadn’t previously been considered.  (Okay, let’s find this guy/gal and get them to weigh in on every other situation where we’re told that a building is too far gone and not even the façade can be saved.)

Kudos to the developers (and their consultant) for this sensible and character-preserving result.  And special kudos to the Friends of the Gore who campaigned tirelessly for the preservation of the Gore Park buildings, including promoting a change.org petition.

Time to get on with a Gore Park HCD!

The restoration and reopening of the Brockville railway tunnel

Last August Brockville proudly reopened its magnificent old railway tunnel under the downtown.  The project involved a complete restoration of the 525 metre-long structure, with some added bells and whistles.

I have just two words for this project — WOWWY ZOWWY! Put Brockville on your list for 2018.