The Speaker:
I declare the motion carried. Accordingly, the bill stands referred to the Standing Committee on Environment and Sustainable Development.
~ Hansard, March 23, 2017

By a vote of 150 to 140, Bill C-323, which would create a tax credit for the rehabilitation of historic properties, passed Second Reading in the House of Commons last Thursday. [1]  Wow!

To get this far is quite an achievement for a private member’s bill, especially one with revenue implications.  Peter Van Loan, Conservative member for York—Simcoe and the bill’s sponsor, issued a press release calling the vote “A Victory for Heritage.”

Said Mr. Van Loan: “This Bill represents a historic opportunity to invest in our cultural heritage. It is very exciting that the House of Commons supports our initiative. We’re looking forward to debate in committee.”

The bill now goes before the House Committee on Environment and Sustainable Development for detailed review.  No word on the timeframe for that yet, although the press release says the bill is due for committee discussion “in the near future.”

With a healthy MP presence in the House that afternoon — 292 out of a total of 333 MPs voted on the bill — we get a good sense of where the parties, and most individual MPs, currently stand on the bill. [2]  It’s clear the main opposition parties — Mr. Van Loan’s own Conservatives and the NDP — both support the legislation, at least in principle.  All of the Conservative and NDP members in the House at the time voted for it.  Of the 150 MPs voting in favour, 128 were opposition members. [3]

As for the Liberal government, MPs are split on the bill — 22 Liberal MPs voted “yea”, enough for it to pass, and a whopping 140 of their colleagues voted “nay.”  (With 180 Liberal MPs in total, that leaves another 18 or so Liberal MPs who weren’t there and didn’t vote.  If those MPs had voted with the majority of their party, the vote, and bill, would have been lost.)

During the Second Reading debate most members speaking for the bill cited support for the legislation from their own communities and even quoted from letters they’d received.  There can be no doubt that extensive lobbying for the bill from all parts of the country contributed to last Thursday’s win! [4] 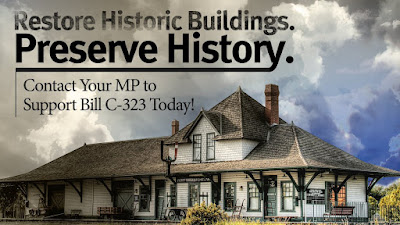 But as the numbers show, there is still a ways to go.  And if the bill ever gets to Third (final) Reading and the vote is whipped — with members required to vote as directed by party leaders — as is likely, there is farther to go still.

Given some of the Liberal MPs' speeches at Second Reading, it’s not surprising at this stage that the two cabinet ministers most closely interested in the subject matter, and who received direct entreaties urging support of the bill (and were copied on most of the MP correspondence), did not vote for it.  Finance Minister Bill Morneau was not in the House at the time. (He was busy selling the budget he’d brought down the day before.)  Environment Minister Catherine McKenna, who would be the minister responsible for implementing the legislation should it ultimately pass, was there — and voted no.

With the bill off to committee, there is time to change minds. Or really just one mind … the government’s.

The Standing Committee on Environment and Sustainable Development has 10 members — six Liberals, three Conservatives and one New Democrat:

The role of the committee?  To review the actual text of the bill and to approve or change it.  Usually the committee will choose to hold public hearings.  With a private member’s bill, the practice is that the first witness to appear before the committee is the member — here Mr. Van Loan.  Other witnesses/presenters may be invited to express their views on the bill, including individuals, experts or representatives of organizations that would be affected by the legislation.  Committee members get to question all of these folks.

Will Environment Minister Catherine McKenna appear before the committee?  If so, what will she say?

You can be sure that Mr. Van Loan, while not a member of the committee, will play an active part.  In addition to being the first witness, he can participate in committee discussions. [5]

At committee a bill undergoes close scrutiny.  So it’s high time to probe the details of this landmark policy initiative.  For next time.

Note 1: To check the vote tally and see how your MP voted, here is the link to Hansard for March 23, 2017 (scroll down to Private Members’ Business): March 23 vote.

Note 2: 292 = 150 + 140 + 2 (two MPs abstained in the vote on the bill). There are 338 seats in the House of Commons but five are currently vacant. The robust attendance in the House on March 23 may have been owing to the vote on Liberal MP Iqra Khalid’s contentious Islamophobia motion, which took place immediately after the vote on Bill C-323.

Note 5: The House rules provide that any MP may attend standing committee meetings, question witnesses and participate in the committee’s public proceedings, although non-members can’t move motions or vote.
Posted by Dan Schneider at 9:29 AM