Changes to the OMB — meh

In case you missed it … on May 30, 2017 Minister of Municipal Affairs Bill Mauro introduced the government’s long-anticipated changes to the Ontario Municipal Board.  Bill 139, the Building Better Communities and Conserving Watersheds Act, 2017, combines OMB/planning system-related changes and changes to the Conservation Authorities Act, which has also been under review. [1]

The province says: “If passed, the proposed legislation would overhaul the province’s land use planning appeal system.”

Personally the overhaul leaves me underwhelmed.  (And that’s not a bad thing!) [2]

Let’s look at the proposed changes to the OMB and what this means for heritage.

Not to put too fine a point on it, much of what the government is proposing looks a lot like smoke and mirrors — changes that are designed to appease the mostly Greater Golden Horseshoe municipal politicians who rail against the (as they see it) unelected, anti-democratic, unaccountable, cumbersome, unfair, etc., etc. body that has had a major role in the province’s land use planning system since 1906.  But changes without a lot of substance. 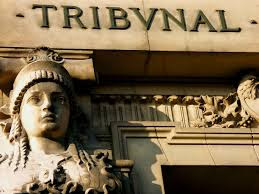 Take the change of name — out with O-M-B, in with L-PAT, Local Planning Appeal Tribunal.  So imaginative.  For more than a decade Ontario municipalities have had the ability to set up a “local appeal body”, instead of the OMB, for certain local land use planning matters, although no municipality has so far done this. [3]  Well, let’s just make the OMB sound like it’s that kind of body — one concerned with your local issues.  Of course, it will still be a provincially-appointed board that hears appeals mainly on municipal planning issues.  So this is a symbolic gesture.

More important would be changes to the LPAT’s jurisdiction and powers vis-à-vis municipal decisions.

Here too there seems to be less than meets the eye.

First of all, there’s the deference the appeal body must give the decision under appeal.  Currently the legislation says the OMB, in making a decision “that relates to a planning matter”, “shall have regard to” the decision of the municipal council or approval authority.  As proposed, the shall-have-regard-to mandate stays, except instead of applying to decisions on any “planning matter” it applies to 14 specific types of decision, identified by a list of subsections of the Planning Act.  This does (yawn) make things more definitive. [4] 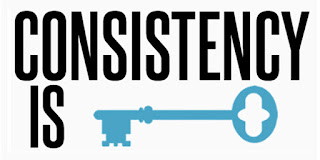 Moving on … a new limitation? threshold? is introduced for Official Plan and Official Plan Amendment appeals.  The Planning Act will say that an appeal may only be made on the basis that a part of the plan or OPA:
Would-be appellants must provide an explanation with their notice of appeal as to why they think this inconsistency/nonconformity threshold has been met.

This is reinforced by directing the LPAT to dismiss an appeal unless it “determines” that the case under appeal does not meet the required threshold.  In which case: The LPAT is directed to refuse to approve/uphold that part of the plan or OPA, and notify the municipality that it “is being given an opportunity to make a new decision in respect of the matter.”

So the municipal council will get a second chance to get it right (or wrong). If the new decision is appealed and the LPAT again determines that the threshold has not been met, at that point it can substitute its own decision. 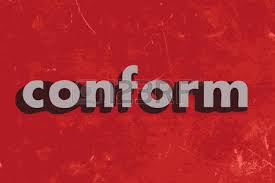 The introduction of a clear-cut threshold for appeals may seem like a big deal, but it is really just doubling down on existing requirements.  Hello, do we not already have a policy-led planning system?  Section 3 of the Planning Act already says that planning decisions have to be consistent with the PPS.  Legislation establishing provincial plans already requires that municipal plans must conform to them.

Arguments about consistency with the PPS are the bread-and-butter of most OMB appeals.  Although the onus on the person making the appeal to show that the municipal decision is inconsistent or noncompliant will be more explicit, it’s hard to see how this will really change things (beyond making the process a little more cumbersome).

A sceptic might predict that the new requirements about consistency and conformity will not scare off a lot of would-be appellants — or the LPAT itself — from challenging municipal planning decisions.

Whatever you think of the idea, the innovation of giving municipalities a second kick at the can will probably spare some councils lost pride.  Better to modify your own decision than suffer the ignominy of having it overruled by a provincial tribunal!

As for heritage … rest assured that the amendments to the Ontario Heritage Act included in the bill are purely of the “consequential” kind — changing references to the OMB to LPAT and board to tribunal. So appeals to the OMB, er, LPAT, on heritage conservation districts, refusals to approve building demolition, etc., are all untouched.

And for heritage-related appeals under the Planning Act, well, there will still be the same arguments about consistency with the PPS and how to reconcile or find the right “balance” between the cultural heritage policies and the growth and intensification polices. [6]

Note 2: I was not a fan of some of the ideas the government floated in its discussion paper last year. See OHA+M from December 4, 2016: “The OMB under review (again)”. There are some good things in Bill 139 — the creation of the Local Planning Appeal Support Centre, for one — but the focus today is on the changes to the OMB’s jurisdiction and scope.

Note 4: As mentioned in the December 4, 2016 post, the “have regard to” injunction seems superfluous if not disingenuous, since of course an appeal body would carefully consider any decision it was being asked to overrule.

Note 5: See subsection 6 (1) of Schedule 3 of Bill 139. With respect to appeals concerning zoning changes, subdivision plans, minor variances, consents and site plan control, there is no substantial change to the OMB/LPAT’s jurisdiction and powers, although appeals on the last three can be given to a local appeal body if municipalities choose to do so.

Note 6: From a heritage perspective there is one potentially worrisome thing in the bill’s new prohibition on appeals of development that supports the use of transit. See subsection 6 (6) of Schedule 3 of the bill. This could potentially take away a community’s appeal rights in situations where it can be argued that a proposed development projects supports transit infrastructure.
Posted by Dan Schneider at 12:14 PM