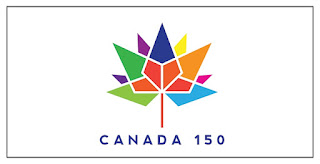 On the eve of the country’s and province’s 150th anniversary, a look back to two historic achievements associated with our last big national bash.

William Cranston [chair of the Archaeological and Historic Sites Board, created in 1953] announced to the Board in October 1965 the exciting news that legislation for the establishment of an Ontario Heritage Foundation would soon be introduced by the government.  He was in a good position to know because he more than anyone else had been pushing his friends in the cabinet for just such a body as one of the most obvious and inexpensive ways of celebrating 1967.  In due course the Foundation was established by an Act of the Legislature, on June 2, 1967. [2]

And on January 18, 1968, the Minister of Tourism and Information, James Auld, a man who was at least as enthusiastic about heritage as his predecessor [Bryan Cathcart], and far more knowledgeable, announced the appointment of the Foundation’s board and the provision of a capital grant of half a million dollars.

“The primary purpose of the Ontario Heritage Foundation,” Auld announced, “was to be the preserver and restorer of historic structures, by purchase, rental, donation or other means.” He particularly wished “to inspire private donors.” In addition to the capital grant, Auld’s department would supply funds for office maintenance and staff salaries.  He spoke of supporting local initiatives, co-operation with other bodies which had similar objectives, and the possibility of covenants that might lead to some of the preserved properties producing revenue.  And he announced an agreement between the University of Toronto’s School of Architecture and the Ontario government for the financing of William Goulding’s inventory of pre-Confederation buildings in Ontario.  “Eventually it is hope to have a complete list which would grade these structures in relation to the architectural and historical significance.”

The first chairman of the O.H.F. was to be Frederick Wade, a retired insurance company executive who had been mayor of Renfrew, a past president of the National Parks Association and was currently vice-chairman of the Metro Toronto and Region Conservation Authority.  Other members included William Cranston, now also chairman of the Ontario Economic Council, and William Goulding, both of whom also remained on the Archaeological and Historic Sites Board; Stuart Carver, a London truck manufacturer and well known collector of Canadiana; Richard Dumbrille, postmaster of the village of Maitland in eastern Ontario who had been president of his local historical society and an Architectural Conservancy director [3]; and John Langdon, an investment dealer and former Financial Post editor with many business and cultural connections, the author of two books on Canadian silver.

Richard Apted who had been assistant at the A.H.S.B. before his promotion to the Public Archives was seconded for the time being to be secretary of the Foundation.  The staff was eventually to be headed up by Lawrence Ryan in the post of executive director.

All this was heartening news for the members of the A.H.S.B. who had waited so long in the wilderness for the creation of a body with more power and scope than they had. …

Hard to believe, but at the time the Dundurn property was actually in jeopardy!

Its salvation was almost entirely due to the personal commitment of a great ally of the A.H.S.B, Mayor Lloyd Jackson.  Before he could persuade Hamilton City Council to refurbish Dundurn, Jackson had to stop them from demolishing its gatehouse and garden wall, which were seen chiefly as the source of a nasty traffic problem.

Following the advice of Machiavelli to imitate both the lion and the fox, Jackson moved with boldness and cunning to get his way.  With his own private funds (his bakery had made him independently wealthy) he secretly hired [architect, professor and later The Ancestral Roof co-author and OHF board member] Anthony Adamson to draw up plans and estimates for Dundurn. When Jackson did go public he presented a sports complex in addition to Dundurn as the city’s centennial projects.  When the job was done Jackson could point to Dundurn as not only the Hamilton’s prime tourist attraction but also a museum of living social history, probably [one of] the finest and most tasteful restorations of its kind in North America. [4]

What will be the 2017 projects we'll look back on?

Note 3: In 1976 Richard Dumbrille was named a member of the Order of Canada for his endless efforts in preserving local history through the restoration of local architecture, almost entirely at his own expense. Richard, likely the last surviving founding member of the OHF/OHT, still lives in Maitland.

Posted by Dan Schneider at 5:10 PM