Ruins in the Ontario landscape, part one

Did I ever tell you about my passion for ruins? 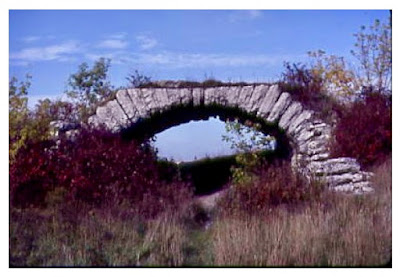 What is a ruin? For now let's think of it as a “built heritage remnant.” The “landscape” in which we find ruins includes countryside, riverscape, even streetscape — although, as structures go, ruins tend to be anti-social and off by themselves.

On this side of the Atlantic, and compared to intact historic structures, the value of ruins is little understood and appreciated. Their potential as assets to the landscape is seldom recognized and exploited, and all too often ruin sites are deliberately degraded or destroyed.

But it’s August, the dog days of summer, so let’s eschew the analytical and just savour the aesthetic — the appeal to the senses and the imagination which is the basis of the poetic and picturesque associations of ruins, particularly of the “old world” kind.  While Ontario is lacking in ruinous castles, monasteries and temples, we do have more than a few ruins worthy of this romantic tradition.


Indulge me while I show you some of my favourite ruins.  Today it’s bridges and viaducts, or what’s left of them.

What remains are the bridge supports — the piers, abutments, wing walls.

On the Grand River just north of Paris, Ontario, is one of the more spectacular remains of a railway viaduct in the province.  I have yet to find out which rail line it once carried and why it was abandoned.


The ruin of another massive stone viaduct can be found in Niagara, crossing Twenty Mile Creek at Jordan Station.

The isolation of elements, when the linking pieces are no longer present, can have a strange, arresting quality. 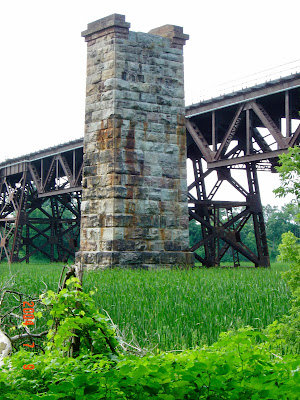 In Glen Allan, west of Elmira, the old bridge across the Conestogo River was removed, but the stone abutments and cement parapet walls of one of the bridge's approaches survive. 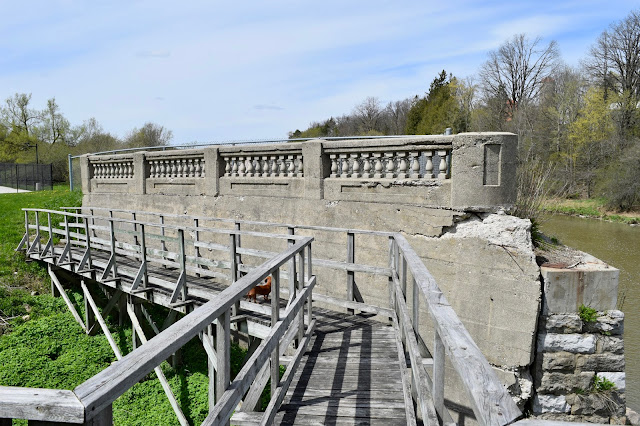 Near Sebringville, just west of Stratford, is an old steel truss bridge, deckless but with its stringers and floor beams intact, more or less.  It crosses Black Creek, a tributary of the Thames, and once connected two parts of a farm.

One of the distinctive effects of many ruins is a gradual softening over time of the hard angularity of the structure.  The Sebringville bridge, half-swallowed in the encroaching verdure, reminds me of a line from Al Purdy’s poem “The Country North of Belleville”, about the vestiges of old farms:

the undulating green waves of time are laid on them 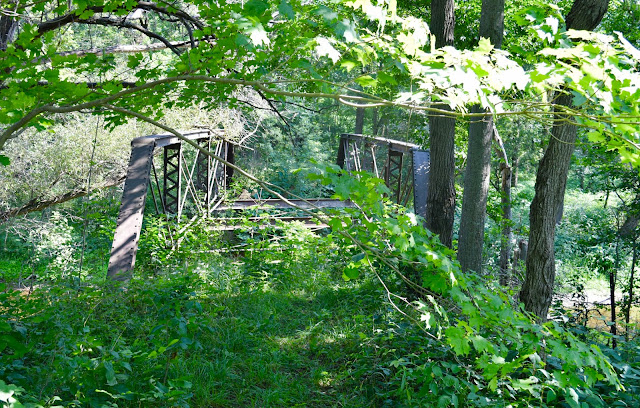 Posted by Dan Schneider at 2:53 PM